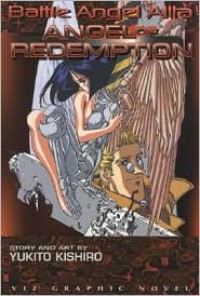 Having retired from the motorball circuit Alita returns to live with Doc Ido. Her old 'berserker' body is missing however, and she soon learns that it is in the hands of Desty Nova, a name which gives Doc Ido pause. Meanwhile, former Hunter-Warrior Zapan, who was presumed killed when he tried to kill Alita and her lover Hugo, returns after killing his own lover, Sarah. Zapan is eventually defeated by Alita and Sarah's father.

Doc Ido approaches Desty Nova to purchase the berserker body and discovers Nova has resurrected Zapan. When Nova attempts to power up the berserker body, the unit goes haywire and fuses with Zapan's brain. Instantly the newly-reborn monster begins hunting Alita for revenge, destroying everything Alita holds dear. Her only hope of saving herself and destroying Zapan is to break Tipharan law...