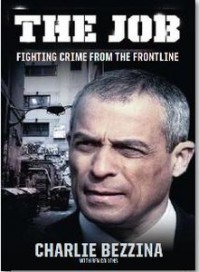 Charlie invites the reader into the history of his distinguished career within the Victorian Police Force, including his 17 years as one of the state's (if not Australia's) leading Homicide investigators. His recollections of his early days as a young constable, through to his final gut-wrenching decision to resign are not qyuite "warts-and-all", but one gets the impression that Charlie has left very little non-confidential material out of this book.

The final chapters deal with Charlie's treatment by Police Command, several of whom later found themselves the target of community scorn for their own behaviours and failed management styles. It was this treatment that eventually caused Charlie's resignation, as well as the loss of 80 years (and over 700 individual invetigations) worth of experience from the Homicide branch, as well as other branches as a result of a misguided attempt to stop the 'experience drain' of seasoned and experienced investigators. Ironically it was this policy that caused a far greater loss of experienced investigative personnel than anything else (retirement, etc).


This is an extremely well-written book by an accomplished and talented man, the loss of whom Victoria Police should be lamenting for at least the next 20 years.

Thank you for your years of service to the community Charlie.