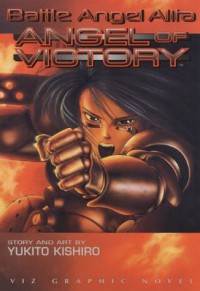 Alita chooses her challenger team to race against Jashugan in a motorball duel. At the same time Jashugan reveals that he is dying to Doc Ido, and extracts a promise that Ido will not try to save him should he die in the challenge duel.

During the intense battle that erupts during the challenge alita slips into a trance that provides details of her mysterious past...