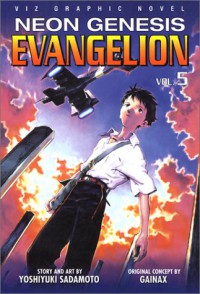 There are several major events that take place in this volume. Kaji (introduced in the previous book as the NERV staffer assigned as Asuka's guardian before she arrived in Japan) is investigating the secrets behind NERV istelf. Shinji finally comes to terms with the fact that he can never have a normal relationship with his father. His interactions with both Rei and Asuka in the light of this begin to evolve, and finally he gets a good glimpse into the secrets his father (and NERV) are hiding about the 'Angels' and The Second Impact... and into his own past and the first experiments in creating the EVA units.